The traditional company from Solingen Germany

»DOVO« Solingen – a name and a place which stand for quality, design and experience. Since 1906 we engage daily in development, presentation and production of premium cutlery and shaving items. All over the world our products are valued highly, and they often last a lifetime.

The founding year of the company "DOVO" Stahlwaren is 1906, according to documents from the district court of the then free municipality Wald near Solingen. In the beginning the company »DOVO« was a pure razor factory with forge and hollow grinding. The founders were Dorp and Voos.

In 1930 Solingen had become larger through incorporation (including the community of Wald) and the regulation on the protection of the name Solingen in 1938 gave pride and security and an even greater sense of home.

When Dorp and Voos wanted to retire, Fritz Bracht took over the company »DOVO« shortly before the 2nd World War started. A good grip, since the little knight with sword and hammer had conquered markets in Western Europe and North America in the meantime. Even during the war the knight symbol managed to find and consolidate its way abroad. With the introduction of the electric shaver, Fritz Bracht had to secure a second foothold with hair scissors. He talked shop with the users in the salons of his hometown and elsewhere and learned what he wanted and needed to know about hair scissors. EUREKA, a hair and scalp scissors with a curved edge, brought new momentum to post-war operations. 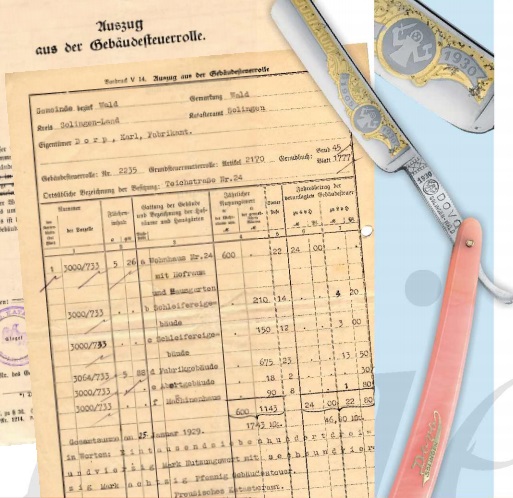 In 1951 the young technician Mertens joins the company. He furge ahead with the production of scissors with the "old hands". Ernst Kirschbaum, who studied law and earned his doctorate, joined the company in 1953 as son-in-law. The need to catch up after the time after the war and additional young workers, allowed the company to grow with temperament. The motto was: "New brands for new markets". 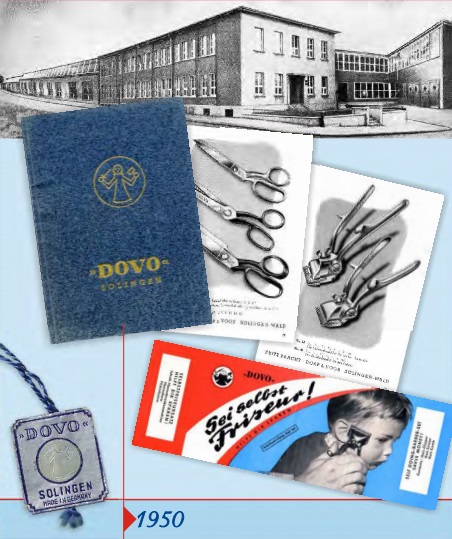 Acquisition of brands in the 50s

The following brands were taken over by »DOVO« in the 50s: 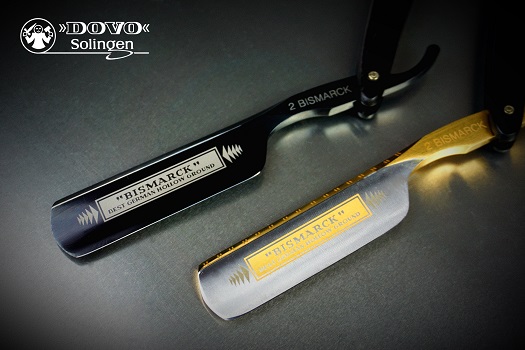 Acquisition of brands in the 60s

The following brands were taken over by »DOVO« in the 60s:

- 1968: Company Erich Hartkopf. Pocket knives of the brand Teufelskerle were added to the scissors.
- 1969: Brand Kronpunkt (razors) from Heups company 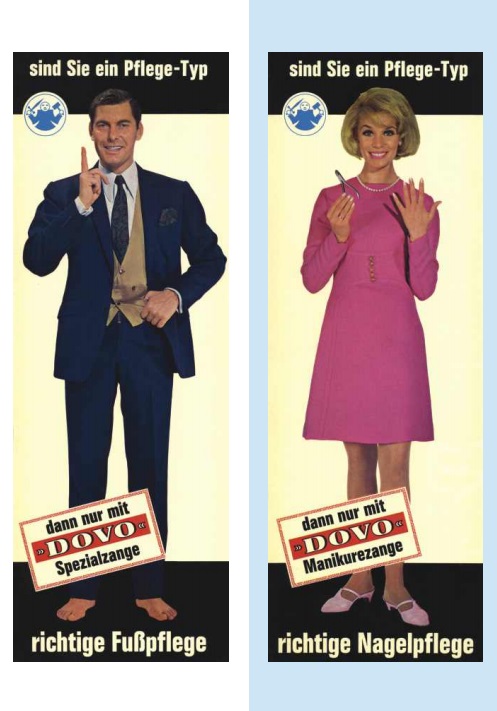 Acquisition of brands in the 70s

The following brands were taken over by »DOVO« in the 70s: 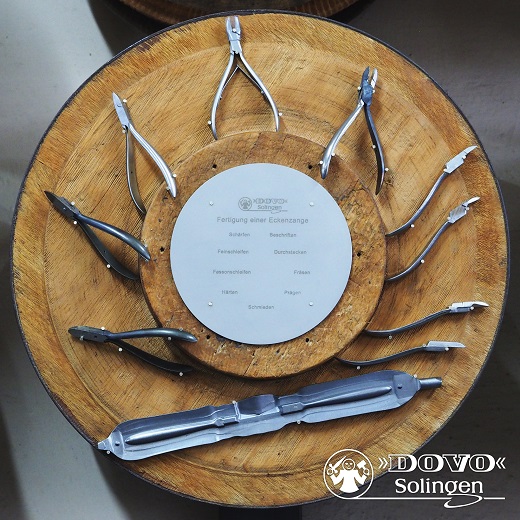 Advertising from the 70s

In the 70s, advertising still looked a little different than it does today.

Acquisition of the Merkur brand

In 1996, the Merkur brand was taken over.
A look at the archive of Merkur: 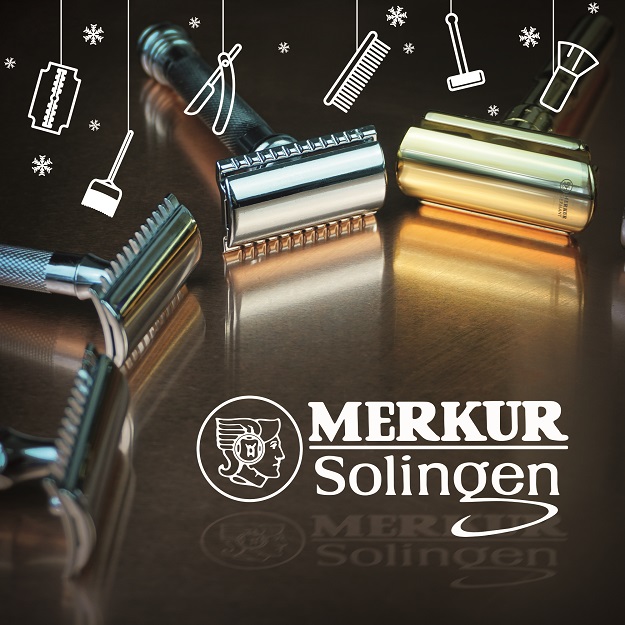 For this special anniversary we have rummaged in our archives and discovered many interesting stories and pieces of jewellery, which we have compiled for you in a small anniversary brochure: 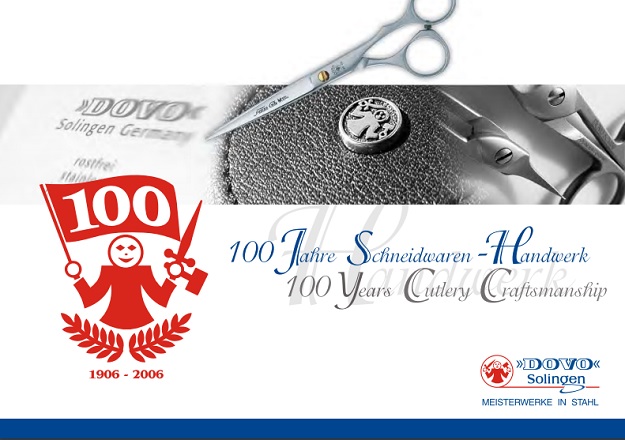 »DOVO« returns to its origin as a razor company. Under the managing partner Dipl.-Kfm. Markus Kirschbaum and the managing director Dipl.-Ing. Ulrich Wiethoff, the razor production at "DOVO" and the MERKUR safety razor production are brought up to date. Wet shaving has been the most important topic at »DOVO« again for quite some time. 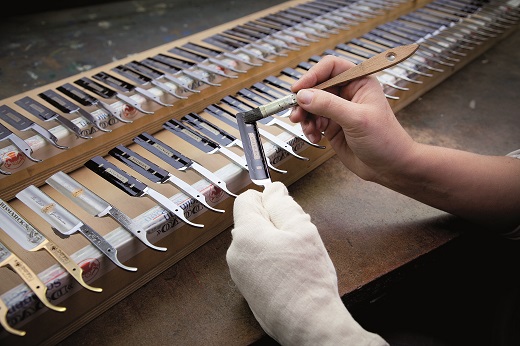 "Masterpieces of steel" is how the »DOVO« cutlery, scissors, razors and manicure articles are called by many users around the world. Perfection, quality and craftsmanship which is Made in Germany and Made in Solingen.

The brand Mercur exists in Solingen for more than 120 years. The main products are sophisticated and high-quality double edge safety razors Made in Germany.

The »DOVO« brand from the 80s stands for the internationally known, modern interchangeable blades razors for professional barbers and beginners.

A razor brand with a special name. Remained from the variety of brands from the 50's of the 20th century.

Diligent skilled workers craft the steel masterpieces with meticulous precision and with great craftsmanship. With their specialised expertise that has been handed down over generations, they all face the challenge of exceeding the already high standards of the Solingen ordinance. »DOVO« heavy demands on a high quality, in terms of functionality and design, continue to convince our demanding customers worldwide. 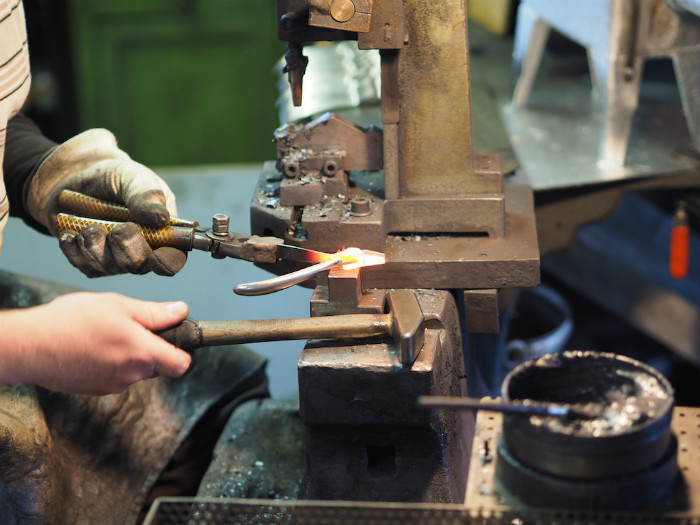