For thousands of years, beards have been considered a sign of power and expression of masculinity. Some studies have shown that bearded men have a more masculine and dominant look to women than shaved men. For your inspiration, we have summarized some fashionable beard ideas for you below!

To create those works of art you should use a safety razor or a straight razor. Learn more about the classic wet shave here.

The classic! If you prefer understatement, this style is not for you. No other style makes it so uncompromisingly clear: I’m proud of my beard! But beware, only a well-groomed beard conveys sovereignty. Regularly trimming the contours with a Shavette or straight razor is just as essential as working your moustache with a pair of beard scissors to keep it neat.

Originally the moustache was worn by officers, but since the 80s it has become an icon in pop culture. Whether matched with a Hawaiian shirt in a red sports car or paired with suit and tie: The ‘Stache is back in style! Simply shave your cheeks and neck with a safety razor and work out the contours of the moustache with a straight razor. Add the finishing touches with your beard scissors and you are good to go!

The Van Dyke beard is also known as Vandyke and consists of a classic moustache and goatee. It conveys sovereignty a dignified appearance. The beard contours are trimmed best with a narrow razor or a Shavette before you use the beard scissors to take care of any unruly beard hairs.

The Circle beard, more commonly known as a Goatee, is another all-time favourite for lots of men. With this style, you must be able to work precisely and symmetrically. Shave your cheeks and neck as usual with a safety razor. Now comes the complicated part: The rounding of the beard is best done with a straight razor, so you have maximum control and freedom of movement. When the framework is formed, add the final touch with the beard scissors!

With this beard style, you win every Mexican Standoff in front of the bathroom mirror. The Gunslinger consists of full sideburns and a horseshoe-shaped beard. Draw your razor and get rid of any renegade hair on neck and chin. The sideburn-contours are best trimmed with the straight razor before you use your beard scissors to bring your moustache hair to justice. Your friends will put a bounty on your awesome, forbidden beard.

This style has made the King of Rock ‘n’ Roll immortal. It is no wonder that you can still wear it today as Elvis did back then. And it’s not hard to get tickets for the show: once you’ve laid out the contours for the sideburns with a safety or straight razor, all you have to do is keep the rest of your face clean-shaven. Of course, you can also wear the sideburns in the duet with a moustache or a soul patch!

The full beard is too obscene for you but completely clean-shaven does not fit the contemporary courtly life? Then maybe you should crown your head with this blue-blooded accessory: The Kaiser Wilhelm Bart! In order to stage this masterpiece, you complete a classic moustache with two twirled ends, which you stretch into the sky cheekily. The imperial barber Francois Haby used some beard wax to make his creations steadfast.

The three-day beard is one of the easiest-care beard styles. After a classic wet shave with a razor or knife, there is nothing to do but wait and see!

Don’t get nervous if you can not see the desired results after three days. With average beard growth or light hair, it can take a few extra days. You can use the shavette in regular intervals to trim your beard contours and emphasize your facial characteristics!

Nothing can unsettle you with the result of a classic wet shave. Your clean-shaven face radiates timeless elegance and self-confidence. It will not be long before your friends and workmates ask you about the secret of your close shave – the perfect time to introduce them to the stylish world of traditional wet shaving. As you philosophize about razors, shaving brushes, and the gentleman’s look, you bring back memories of a long-forgotten world of personal care.

While the moustache was historically often associated with the military, the Shenandoah has been preferred by free spirits. To form a perfect replica of Abraham Lincoln’s facial hair, you begin by growing a regular full beard. Use a shavette or razor to trim the jaw contours of your masterpiece. To transform the full beard into a Shenandoah, you simply shave your moustache with a safety razor and voila: You are all set and ready to admire your progressive style.

Doesn´t matter which style you picked – you look amazing!

Now you just need to take care of your equipment and you are ready to shine! 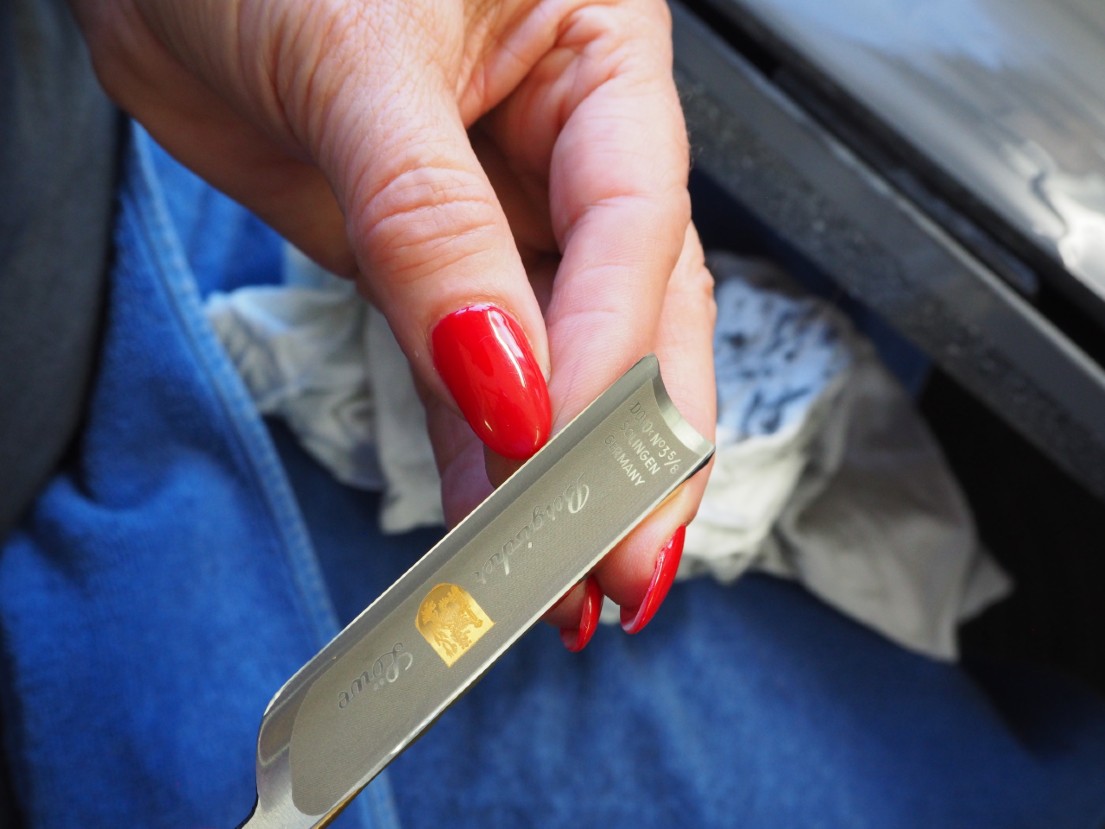